The European Parliament hosts a conference on RSD 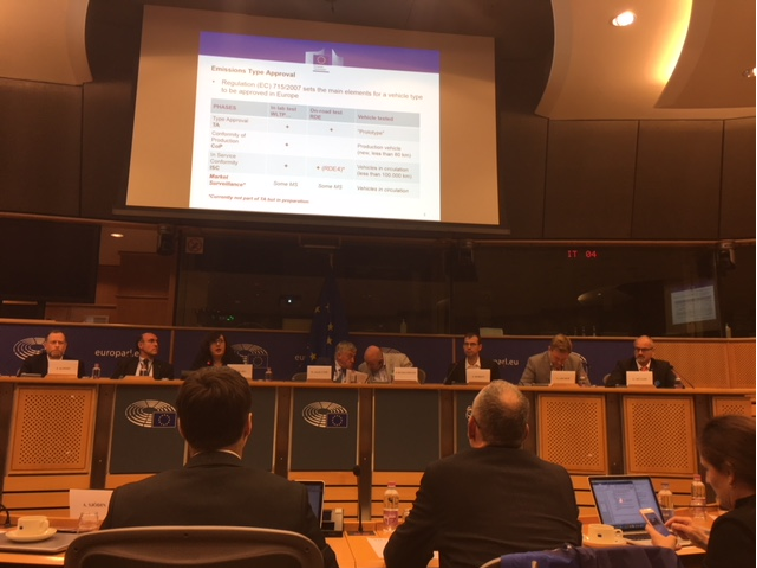 After the “Dieselgate” scandal, the Plenary of the European Parliament called, in their respective recommendations to national legislators and member states, to “establish remote monitoring systems for the fleet” and “the creation of a large-scale remote sensing network scale in the EU to control actual car fleet emissions, and identify excessively polluting vehicles in order to focus on compliance checks in circulation and track vehicles, that could be illegaly modified with hardware”.

Kathleen Van Brempt, former Chair of the Committee of Researcher on Emissions from Motor Vehicles, in an event held on September 28th, 2017 in the European Parliament “Car Exhaust: The Potential of Remote Sensing”, insisted again that all EU authorities are responsible for using RSD technology. This technology measures real driving emissions at fixed locations according to EU standards, in a non-intrusive manner, with high accuracy and on a large scale the most worrisome emissions for the EU population.

The event hosted experts from aorund the world in Brussels who discussed the future of this RSD technology in the control of environmental pollution.

The LIFE Gystra project was represented by Josefina de la Fuente and Javier Buhigas, from OPUS RSE and by Niranjan VESCIO, Opus Inspection, who also presented the paper “Remote Sensing Device: how does it work and where is it used for what purpose?”